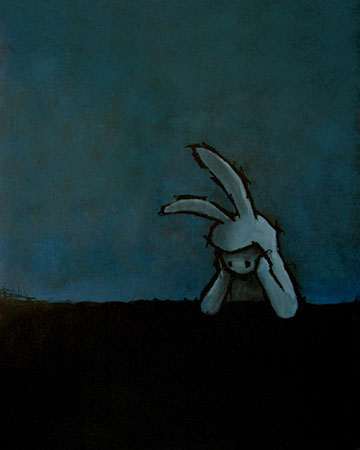 I’ve been feeling blue and unmotivated to write lately. I think a big part of it is because I’m at a standstill with making any progress on debt repayment. I sent $70 toward my student loan a few days ago while the other $900+ went to pay off that blasted medical bill. In the meantime interest continues to accrue…

I also have a recently announced family event that I must attend. I do want to go and be supportive, but my bank account was not prepared for this. Not going is not an option as the guilt tripping from family would be enormous. The travel will cost $500. I’ve got that chillin’ on my credit card at the moment.

There will also be another mandatory family event later this year. That will probably be another $500 at the very least.

I’ve also been overspending my allowance budget and have been pulling from my Opportunity Fund. I’ll need to lower my next couple of student loan payments to get everything settled. With everything going on, I just see my debt payoff date getting pushed back further and further…

For the past few months or so my investments appear to just be spinning in place and not going anywhere either. Any (small) gains appear to be from the money I’m putting in and not from earnings. At the same time I don’t want to complain too loudly as a rumored recession could make the markets move sharply south. Aaaand I don’t want that…

I’m also concerned about my body and health. Every month I pick up additional aches and pains. My skin is definitely getting worse. I’m just not looking healthy. Some of it may be simple aging, but the rest is assuredly lifestyle. Right now, I just want my own place to live very close to a good gym and grocery store, but I’m trapped by this debt. I can’t afford rent on an apartment out here and the minimum monthly student loan payment.  I have to hold out for another year and a half… I will need to put in more effort to make better choices about the (prepared) food that I buy and try to work out from home.

On top of all that, my job is stressing me out right now for two reasons. Our new-ish executive leadership is insane. For the next several weeks, I’m being asked to do the work of two people with ever shortening timelines to get it all done. The past few days in particular have been the worst. Each day I have been informed that I needed to make a major change to what I’m working on (because leadership can’t figure out what they want). Yesterday, I was told that the due date for my contributions is now two weeks earlier, because… why not – it’s what leadership wants. My poor manager has it ten times worse and is about to snap. Fortunately, this won’t be forever, only the next month or two, until this Initiative is over.

The second part is that leadership want us to employ new state of the art work processes which change the scope of our roles. I’m being dragged into the new way of doing things. The changes call for brand new skills and knowledge as my role will now be much broader, more in the spotlight and on the spot to lead and solve problems.  Why? Because this is what leadership wants. So we are trying to educate ourselves on how to do all this, because they aren’t paying for us to take coursework. There’s no money for that apparently. ::eyeroll::  The cherry on top is that there are veiled references to what could happen if my group does not meet their expectations. This adds more stress.

I’m not sure what to do. I’m hesitant to make any moves until 1) I’m out of all debt and 2) I have 1 year of expenses saved in case the next job doesn’t work out. Yes, maybe I’m a taaad overly cautions. I also don’t want to abandon my manager at a critical time.  Plus I haven’t forgotten the experience I went through the last time I tested the market.

I’ll keep an eye out for other options, but with everything going on it will be difficult to find the time to pursue anything, at least for the next month or two.

Why? … Because it’s what leadership wants.

PUNCH OF THE WEEK

I’m getting punched these days as my student loan debt is getting a second wind and growing. Oof! Ouch!