Roommate #1’s room has remained empty since she left. Last month, Landlord told me that one guy was interested in renting it, but I said no. I didn’t want to share a bathroom with a guy. I’ve done that before (see my old posts about my roommate when I first moved to this area) and I’m not interested in doing that again. However, as the weeks have gone by, Landlord has been getting increasingly desperate to rent out the room. I was getting concerned that he would rent it out to anyone just to get the money.

One afternoon, Landlord, without letting me know ahead of time, invited a woman into the house to look at the room. Afterward, he asked me to come meet her after they spent some time talking. He informed me that she is interested in the room and will start moving in her things tomorrow. Wait, what? This is just dropped on me in front of the woman. I was not consulted for my opinion and felt ambushed. I wouldn’t be surprised if that was by design.

So I made some small talk with the woman, I’ll call her “Tina”, and that was that. Landlord had already decided. Tina herself, was pleasant enough and seemed professional and responsible, however, there were a few things that bothered me about her fit for this house. Although significant, one of them I won’t get into here (long story), but the other things were that 1) she has two jobs and 2) she has a pet cat. 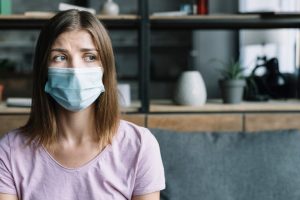 Tina has not one, but two jobs, that take her outside the house. Ordinarily, that would not be an issue at all, but during a viral pandemic that’s two public touchpoints that she has, on a nearly daily basis. I already have one roommate who works outside the house, but I do my best to keep my distance, etc. when he is home. But with Tina, this will not be possible as the two of us will share a bathroom.  (Another roommate here in the house works from home.)

Tina also has a cat. Now I like furballs, but this house cannot handle any pets. “No pets” was listed in the ad. When Tina is out working her two jobs, what is she going to do with her cat? She said she’d keep the cat in her room. What?? You can’t keep an animal locked inside a tiny bedroom all day. So yeah, that’s another wrinkle, but a small one.

All of this just put me in a bad space the whole night. I felt increasingly frustrated as the evening went on. I felt like I didn’t have any control in my life. I was liking the idea of having another roommate less and less. This was mainly because of my COVID concerns. I decided that this must be a sign. Maybe it was time for me to move out and get my own place.

I stayed up late into the night looking at apartments. I found some really, really, really cute places. I oooh’ed and aaahh’ed over the cute little kitchen, the sunny balcony, adorable little office nook, etc. They came with a sky-high rent though (which is rather standard for this area, sadly). The less expensive places I looked at were too sketchy in various ways. I decided to sleep on it.

The next morning, I still felt the same. I wasn’t crazy about spending so much on rent as it would significantly slow down my savings, as well as bind me to a lease. Apartment buildings also have their own challenges when it comes to potentially airborne viruses, but with proper precautions, it should be manageable. On the other hand, my standard of living would go up substantially. Finally, my own place! Sweet freedom! 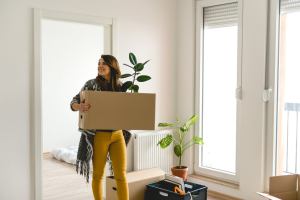 Giddily, I decided to apply for two of the apartments that I liked the most. While I was filling out the online application, I got an email from Landlord saying that Tina canceled her move-in. What??  I couldn’t believe it.

Seconds later, I immediately pivoted and proposed renting the empty room myself. Landlord was surprised, but quickly agreed. This arrangement kills two birds with one stone. Landlord gets someone in the room, and I don’t have to deal with the issues I brought up earlier.  I can keep my risk level the same as it is now. I can’t deal with any more potential exposure. And I don’t have to pack up and move.

I won’t get my own place, unfortunately, but even renting both rooms, the cost isn’t bad at all. Instead of $550 per month (including utilities), I’ll now be paying $1100. Yes, that’s a big jump. But $1100 is only a fraction of what I’d be paying for an entire apartment in this area. So financially, I still come out ahead.

I’ll use the small bedroom as a home office for work from home and a work out room. I’m hoping having some dedicated space to exercise and meditate may get me to actually do it. I really need it as my stressful job has my muscles in knots.

All in all, I’m relieved to stay. This is not because I enjoy living here. I do not, at all. It is because it will allow me to keep saving more money for a little longer, until I can finally quit this job and gtfo.

If you are currently living with roommates during this pandemic, check out this how-to article from The Atlantic.

“When you don’t have options, you’re in prison.” (DDSW Archives)