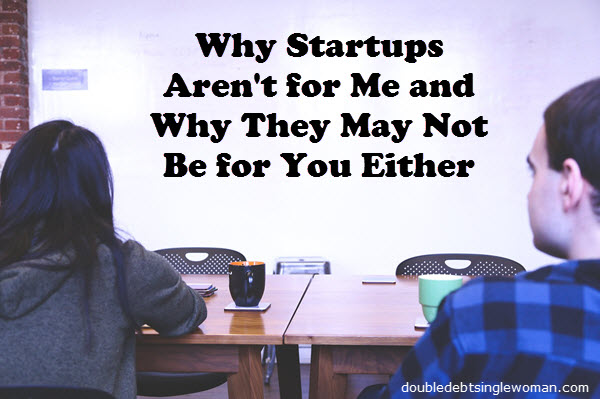 There are now a few startups in the neighborhood where I work. I see the young employees, bright and trendy, swishing by while glued to their phones and social media profiles, and feel like I’ve missed the boat. I wish I could have had experiences like that when I was in my 20’s. I feel a little jealous, and yes, old. I’ve seen all the big IPO news stories over the years and wish I could have had that excitement too.

Over the past year, tired of feeling left out, I’ve sent out several resumes to advertised positions at startups, with very few positive responses. Most of the time I got silence.  A while back, I got an actual email rejection, which was a nice change. I didn’t understand why I wasn’t even getting a phone screen when I met all the qualifications.

I managed to go on a couple interviews, though. I wore dark jeans, ankle boots, and a cute jacket. I was told that’s how you dress for startup interviews. And it’s true. I got a tour of a couple of startups. One was a relatively small, scrappy, stereotypical startup in a small space overfilled with young workers everywhere, huddled around laptops on sofas, makeshift tables, any space they could find. This startup was in a hiring frenzy after a round of fat VC (venture capital) funding, and it showed. They were looking for larger space in the city and the interviewer told me they would be moving soon. 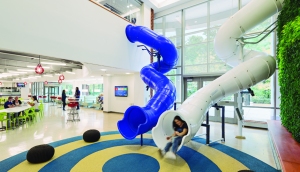 The other place was a big name start up and the offices were gorgeous, hi-tech, shiny, playful, with games, quirky design, just what you would expect from a company flush with VC cash. It was, of course, also filled to the brim with young-twenty somethings, not long out of college and grad school, complete with backpacks. As I sat in one of the (multiple!) large cafeterias serving free food, I felt ill at ease. I mean it was really cool, but something felt off. It hit me. I felt like I was back in high school again.  I suddenly felt old. I pushed it out of my mind as best I could but once I realized it, I couldn’t ignore it.

These startups  were not a good fit for multiple reasons (not just the age thing), and neither of these places panned out. I backed away from one place and the other place hired someone else after my first round interview.

I wondered why I was getting rejected so much more often than I did in years past (or maybe it just seemed that way). I FINALLY (duh!) google these startups and look on Glassdoor.com only to realize why. I am likely getting the cold shoulder because I am either: overqualified, too expensive because startup salaries can be very low, (even lower than what I make now if that’s possible given that my salary is below market rate), too old, and/or don’t fit in with the culture. Pictures on the startup’s site or Glassdoor show that employees are fit a very narrow mold in terms of demographics – age, gender, looks, dress, personality, etc.  The pieces began to fall into place.

Start up jobs sound cool and look cooler, but they aren’t always what they are cracked up to be. I’m not saying that ALL startups are bad, I’m just warning you to do your homework if you are older, 35+, or in a financially precarious situation, and thinking about working at a startup. Here are some things to look out for.

Yeah, there are IPOs, but those are rare as most startups fail. Even when they do happen, IPOs aren’t like what you remember anymore. You very likely won’t be a Google millionaire like the old days. Nowadays, most of any IPO money goes back to the VCs (venture capitalists) and the very top/early employees. At best, you might get a five-figure payout, which is nothing to sneeze at, but you likely won’t be retiring anytime soon.

In many larger established corporations, it’s all about efficiency. Good enough is good enough. Large corporations will layoff expensive people if lower salaried people can do the job just as well. Especially when the economy is bad. This quote pretty much sums up the jaded corporate employee view.

Depends on the company. I know mine doesn’t give a shit if you can walk on water. They’ll throw a life jacket on a monkey and there goes your job. (Reddit)

Big name startups, however, only want the best, and can attract certain types of employees (e.g. hyper-competitive, clique-y) who can be unpleasant to work with. Some startups have a great work culture at first, but due to rapid turnover or rapid growth that once great environment can go bad quickly and turn into a toxic, overly political culture that you don’t want or might get forced out of. Make sure you get a good vibe from your prospective colleagues and manager. And realize that your prospective manager will likely be younger than you. Will you be ok with that?

Speaking of rapid turnover, startups have a mantra of hiring fast, but firing faster. There is very little job security at these places. If you aren’t keeping up with the pace or can’t handle the stress from working evenings or weekends, you’re out. If the strategic direction has changed and your role isn’t needed anymore, you’re out. Oops, they hired too many people in your role and now that money is getting tight, you’re out. If you don’t fit in, or you make an enemy in the office who has pull, you’re out.

Some places appear to be hiring a lot. I’ve seen the same employer hiring for my role, 2-3 times a year. That may seem good, but not so fast. They might be advertising so often because:

In addition to your personal tolerance for uncertainty, if you’re in debt or otherwise in a financially precarious situation, it may not be wise to take on that degree of risk.

In the more distant past after graduating from grad school, I applied to jobs at big name established corporations that were high in ‘prestige’. I thought I deserved to work at places like these. Hey! Look at my credentials!  They should be really eager to hire me, right? Those places either ignored me (no response) or rejected me outright without even a phone screen. Later on, a few of these companies ran into big trouble (financial, legal, etc) along with expected bad press. Their profitability and ‘prestige’ dropped considerably, and I was glad that I didn’t get those jobs. I’ve learned that ‘not every opportunity is a good opportunity’.

Back to the present, in a way, I’m also glad I got rejected from the startups. I’ve realized that what I need and what I want aren’t the same thing. I realized that what I was trying to get was some measure of youth and prestige. I was just status seeking again. It was the same status seeking that got me over-educated and in tons of debt. I was looking for a big name fancy startup company job first – with attention to the day to day work and work culture being second. I finally realized that this is not the right approach.

Thus, it dawned on me that I was getting rejected by potential employers not because I lacked the skills, but because I wasn’t that interested in what they did and how they did it, and it showed. It’s true. I didn’t want the type of work that they offer. It doesn’t mesh with my personality, or how I work. I’ve learned to appreciate what I have as my current job is a much better fit for me, that what I’ve seen elsewhere.

Although, what I may want is a shiny job at a fat unicorn startup that will IPO and make me a millionaire right after I get hired, the reality is that what I need at my age is a comfortable environment with flexibility and job security. I am appreciating my job more. It’s not perfect by a mile, but it meets my needs for stability (as much stability as you can hope for these days at least). And my employer is in little danger of failing and disappearing any time soon.

That scrappy startup that I interviewed with did move into a larger space across town, but later their hiring plans slowed down significantly as business was no longer doing as well as expected. If I’d accepted a position there, would my job be on the chopping block right now? I’m glad I stayed where I am.

When I looked more closely at some of the job opportunities, I saw that I would be losing vacation time, and quite a bit of flexibility and autonomy in my work along with other perks. I also have a great manager that I trust, and that’s very important. No, my job is not trendy or cool, but I’ll keep my old, boring, corporate job, complete with cubicles if it means I have stability and benefits.

Don’t be a job snob. Don’t chase prestige alone. It’s not worth it. I’ve had my most difficult and undesirable experiences at ‘prestigious’ employers. Find what is important to you. Your current job is giving you something you like or you wouldn’t still be there. Take stock of that and make sure you move elsewhere for the right reasons.

Again, the purpose of this post is NOT to say that ALL startups are bad places to work. The purpose of this post is to show how easy it is to job search for all the wrong reasons and how important it is to be deliberate and focused in what you’re going after and why you’re going after it. If the high-risk, high-reward life of startup employment appeals to you, and you can handle the financial risk, great. Just be sure you are going in with your eyes open.

Does all this mean that I would never work at a start up? I never say never. If I ever did, it would have to be a truly exceptional opportunity, with a great culture, and at a time when I am completely out of debt and semi-retired with a good pile of savings to fall back on if things didn’t work out. I would try it for fun. Probably only half of the other employees would ask if I was someone’s mom. Sigh.

Should you strive for more? Always! Should you take chances? Yes! But be smart about it. Status and prestige aren’t everything. And appreciate what you have.

“Debtor’s prison is real, and opportunity cost is a bitch.” (DDSW) [All posts on one page]