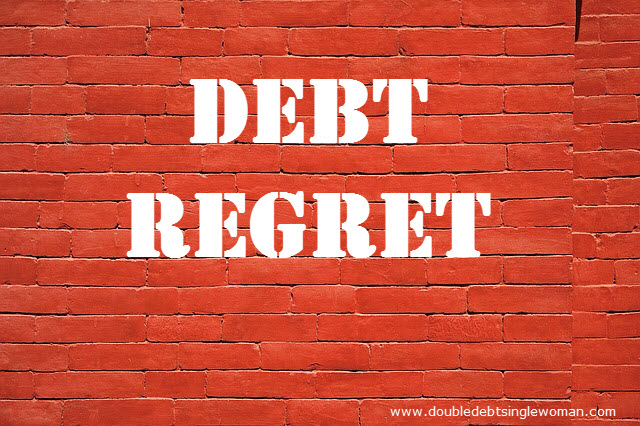 Regret: to feel sad, repentant, or disappointed over (something that has happened or been done, especially a loss or missed opportunity).

On this blog I write often (ok, all the time!)  about how much I regret my financial (mis)management and its resulting debt. Boy o boy do I regret it. And the feeling is constant. I can hear your eyes rolling. “Is she going on about this, again?!”  Yes. Yes, I am, but hear me out.

As I wrote about here, although I never went to law school, I can relate to the amount of debt that results from it. Here one graduate and practicing lawyer regrets the debt he is in.

It’s definitely a grind. I work jobs for which I have no passion with companies that have business practices I find questionable at best. But I can’t pay my $23,000 yearly minimum payment with best practices and idealism.

But here’s the thing. I’m burned out, wiped out, done. I work 55-70 hour weeks helping millionaires get richer. I have not taken a vacation in 4 years. I just ask for my accrued time to be paid out each year. I day dream of never getting married, never buying a house, never having a kid, and then in 3.5 years? I just walk away. Free. Never indebted to anyone ever again.

I can relate to this more than I care to admit. You realize that you have spent and will spend your life making other people richer, both by getting into debt and by getting out of debt (having to work for questionable employers and make them more money than you are earning).

His post encompasses multiple aspects of debt regret – past, present, and future.

The Things You Did

Have you ever really wanted something and when you got it, you realized that you’d ended up with more than you could handle?

I haven’t been (un)lucky enough to get the last two, but I have the first one in spades – with a six figure student loan debt to show for it.  Our lawyer friend also regrets getting into so much debt that he is now trapped by it. You can’t help but wonder, what your life would be like if you’d made different choices. What if I’d studied this and not that? What if I’d gone to a different (cheaper) school?  What if I hadn’t gotten myself into this? 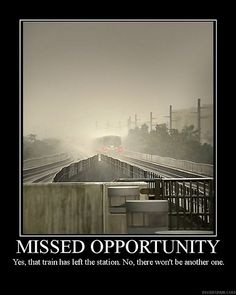 The Things You Didn’t Do

…the cool, but lower paying career path or job that you turned down, that trip you always dreamed about but couldn’t afford, not nurturing relationships with family and friends because of money limitations…?

Do you wallow in the regrets? In the ‘what ifs’?

What if I’d taken that opportunity to do X? Who would I have met? Where would I be now?  This isn’t what I thought my life would be like at this age. If I’d only made better choices, I wouldn’t be in this situation now dealing with a bunch of debt. Our lawyer friend is trapped in a soul-sucking job that pays well, but one that is not enjoyed or fulfilling.

Nothing is more expensive than a missed opportunity.
– H. Jackson Brown, American author

Those are opportunities lost, at least in part, because of the debt …

I had an opportunity to intern at the American embassy in Australia when I was in college. I would have been paid a microscopic food stipend and partial housing subsidy, but everything else would have been out of pocket. I didn’t want to pay for anything. I wanted to ‘save money’ in part because of the (relatively!) small amount of debt I was in at the time. That opportunity  is no longer available to me and never will be again. It was a once in a lifetime and I severely regret not going.  If I’d made different decisions I could have made it work.

I also regret not going on the trip that I mentioned in this post. I looked it up again recently and it’s no longer being offered. So that is another opportunity gone forever.

I know that I can’t wallow in the ‘what-ifs’. I know that there is no guarantee that those experiences would have been great ones, or even good ones. But the biggest regrets in life aren’t the things you attempt to do and fail; they are often the things that you don’t even try to do and that make you spend the rest of your life wondering about what could have been.

The Things You Never Even Tried to Do

The things that you didn’t try for – because of fear and debt… and fear of more debt. These are the jobs you didn’t apply for, the business you never started, the house you never bought, the places you didn’t move to because of…sigh.  What if I’d tried for X anyway? What would have happened? What if I’d never gotten into debt, would I have done X and been successful and happy now?

The Things You Expect You Will Never Do

These are the things you think are too late for you to ever do or have because of debt, because too much of your life already has been or will be consumed with debt payoff. Our lawyer friend feels so crushed by debt that he doesn’t even want to get married or buy a house or do anything that would incur financial obligation. I know the feeling of wanting, but not wanting something.

This is where I am. I have this growing angst about getting older and all the things I already can’t and won’t be able to do anymore. By the time I am out of debt, I will be in my mid-forties, at the earliest. What if I’ve put life on hold too long to ever do X? What if I never do Y! Is this a mid-life crisis? Middle-aged FOMO?! 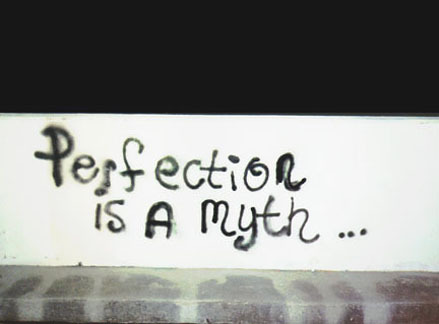 The Perfect Version of You?

Recently, I read a thoughtful post related to this. The author passionately argues that we shouldn’t waste time comparing ourselves to some perfect version of ourselves that we think would have otherwise existed had we not made poor life choices. Why? Because perfection simply does not exist.

Because as much as we like to idealize these alternate versions of ourselves, none of us can ever be certain that they’re worth envying at all.
.

Maybe if we could see – actually, genuinely see – how each of our alternate lives would play out, we’d scramble to hold onto the ones that we have.

Because for every achievement you made in an alternate Universe, you’d have to give up one that you made in this Universe. For every mistake you came across in this lifetime, there’s a mistake in another Universe that you dodged.

And for every time you feel the need to forgive yourself for one of the people that you never became, there are an equal number of reasons you ought to thank yourself for exactly who you did become.
.
For all that you know, maybe you ended up the absolute best possible version of yourself. Maybe at every fork in the road that you faced, you ended up choosing the best of all possible roads.

Maybe this isn’t the life that you hoped for but it’s the most meaningful one you could possibly have ended up with.

Excerpt: How to Forgive Yourself For All the People You Did Not Become (Thought Catalog)

This really spoke to me. It’s easy to hold up our mistakes to an alternative life where we made all the ‘right’ choices, but that perfect alternative future doesn’t exist. Not only does it not exist, it never could exist, because no one is perfect and no one can live an entirely perfect life. We forgive ourselves by moving forward.

We can always get money back, but we can never recover lost time. Some opportunities are truly once-in-a-lifetime. I’ve sacrificed several of those when I was younger, due in some part to money. I continue to sacrifice opportunities now. Those are the moments when debt feels like the prison sentence that it is. What do I do now? 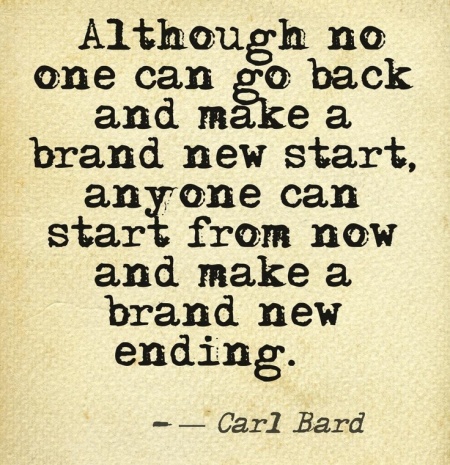 What To Do About It?

I wish I had the easy answer for this. There is no magic solution. As long as we, as people, have free will and the ability to make choices, we will always have moments of regret from time to time. Consider it part of the cost of admission to riding this giant rock around the sun. But we shouldn’t dwell in regret. There are a few things that I’m doing now to try to move forward.

ONE –  Deal with it.  Yeah, that’s it. I’m struggling with this, but I need to accept where I am now. I don’t need to waste time thinking about where I could be or where I feel I should be.  I’m trying to learn from the experience and trying to fully appreciate the silver lining to this heavy, heavy cloud. Ok, maybe my decisions haven’t given me the life that I dreamed of, but maybe in the grand universe/multiverse, this is one of the best possible outcomes for me. I can only work with what I have. I’m alive and (relatively) healthy. I am fortunate enough to have a job (for the time being at least) that pays enough for my food and shelter and enables me to make debt payments. I’m accepting that it’s ok to forgive myself for the people I didn’t become.

TWO – Find inspiration in others. I enjoy reading personal finance blogs, particularly those written by people getting out of a lot of debt or those who have already done so. It’s comforting to see that others are going through / have gone through the same things that I am going through and are succeeding. There don’t seem to be a lot of single people my age who are in as much debt as I am, so it’s always great when I find a personal finance twin.  It is also inspiring to read about people who are making radical choices in mid-life; people aren’t letting fear, and debt, and debt-fear hold them back.

A few months ago, I started an ‘Opportunity Fund’ which covers whatever I have prioritized as most important to me to have or experience in a given year. You’ll notice that my 2016 Opportunity Fund is smaller now ($2,550 –> $1,580). Last weekend, I used some of that money to finally book my flight overseas. I’ll be going later this year. I’m going to shake the dust off of my passport. I’m going to stop wondering and start discovering. Hopefully this will be the first  of many travel experiences.

Debt is still a part of my life, but it won’t own me anymore; neither will regret.

.“Debtor’s prison is real, and opportunity cost is a bitch.” (DDSW)